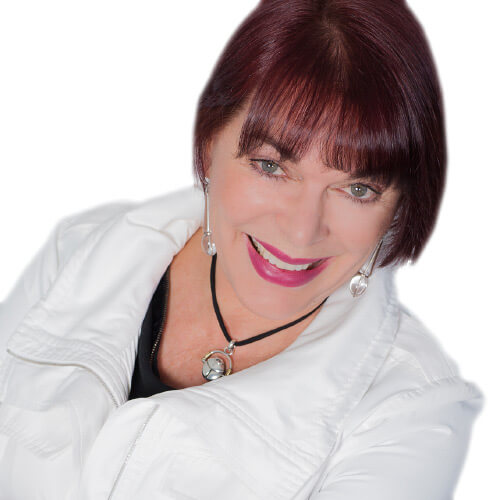 Evelyn launched the First Impressions brand in 1990 when image was an exciting idea rather than the flourishing industry it has become. Since then, she has personally trained and mentored hundreds of consultants to career and business success. In her consulting practice, she has transformed the image, and expanded the prospects, of over 10,000 clients in all stages of life and career.

Evelyn is the creator of the Definitive Colour Profiling System, internationally recognised as one of the most accurate and effective assessment methods available. In 2016 she launched the smartphone app My Safe Colors, the first colour coordination app for everyone.

Evelyn continues to develop cutting edge programs and tools to give FIICS consultants and students the best resources on the market. As one of the image industry’s most established consultants and entrepreneurs, Evelyn is passionate about sharing her knowledge and insights to contribute to the success of every consultant she trains.

Through her business success and contribution to the image industry, Evelyn has achieved the designation of Certified Image Professional (CIP) with the Association of Image Consultants International® (AICI).  She has frequently served on the board of the Sydney chapter, including as its President and on the international board as VP, Membership.

Evelyn has delivered outstanding results for corporate clients. They include organisations from nearly all areas of private enterprise and government, many of which are household names.

Evelyn is frequently interviewed by the media and is a contributing author to two books, Socially Smart and Savvy and Business Millionaire.  She is the co-author of Executive Style (Prentice Hall/AIM) and is currently writing an irreverent lifestyle manual, How Not to Do Old.

When over three decades ago, Evelyn left a promising career as a systems analyst, major challenges and unexpected wins were in store. Her first challenge was surviving her dramatic change from a secure role with CBA to retraining as a beauty therapist and starting her first business venture, Belle Ange, a salon on Sydney’s northshore.  After nearly going under, within 3 years the salon became a profitable, award winning business and employer. The wins were sound lessons in all aspects of business, and after 6 years, a sizeable return on investment when the business was sold.

Evelyn’s next venture was La Deuxieme Fois (‘second time around’), Australia’s first recycled clothing store for upscale and designer clothing. It opened in the mid eighties to full media coverage and instant success. Despite a fit-out that resembled a high-end designer store, an exciting challenge was the notoriety of being a recycle store in Sydney’s most socially conscious suburb, Double Bay. However, there were multiple wins when designer frocks moved from society event to shop and then to their second life with the next wearer.  The sellers, buyers and the business, all won.

One of the services Evelyn provided was helping the selling clients to rationalise their often extensive designer wardrobes. Almost by default, Evelyn became an advisor on wardrobing, image and style. By design, this became a foundation service for her next business.

La Deuxieme Fois was sold in early1990 and is still a successful enterprise to for the current owner. Directly after the sale, 2 trips to the US convinced Evelyn that her next career and business was in the emerging field of image consulting.

Over several months, she completed courses in America, Australia and the UK. She found that her instinctive understanding of style, and her extensive experience in wardrobing were a natural fit with colour assessment and image management.

First Impressions was formed soon after. Evelyn and her consultants enabled individual clients to project the most positive image for their lifestyle and aspirations.  An immediate win was the growth of the Colour Consulting service, given greater depth and broader application by Evelyn’s complementary skills in NLP and communication training. An early challenge was bringing image training into organisations, well before Tom Peters coined the term ‘personal brand’.  Perseverance, client service and continuing self- development contributed to the growth of First Impressions into the training and consulting organisation it is today.